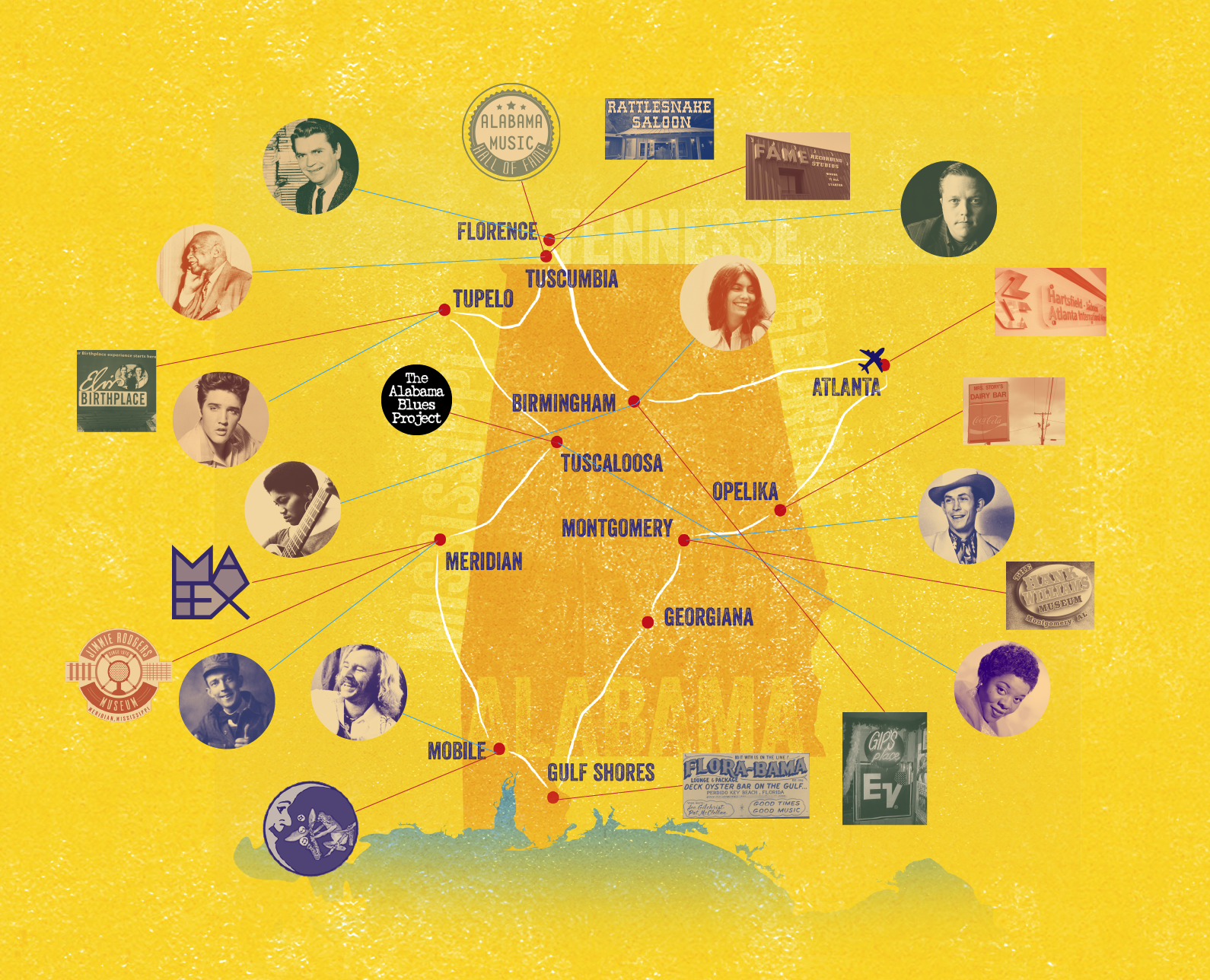 Tour the John Emerald Distillery  and don’t miss the tasting room which is helpfully open until midnight.

Nearby is the Red Clay Brewery which is great for craft beer and pizza.   Drinks, music, food and fun all take place at the tracks in Opelika. 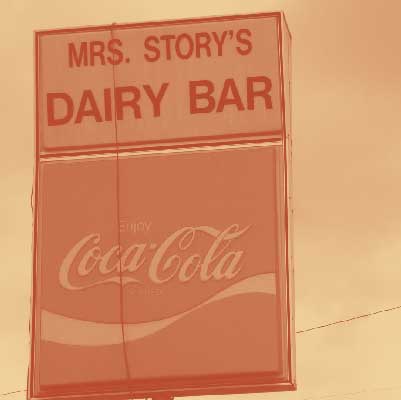 The Hank Williams Museum is an essential destination for music fans. Hank changed music in America and this museum pays tribute to his life and accomplishments.

As well as being one of the well-springs of American popular music, Alabama is also the cradle of the civil rights movement.  Montgomery is home to both the Martin Luther King‘s church and the stunning new Legacy Museum which provides a compelling over-view of the state‘s history 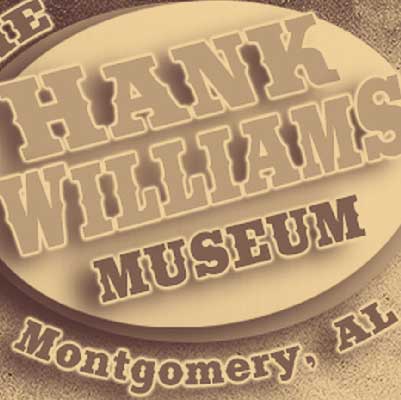 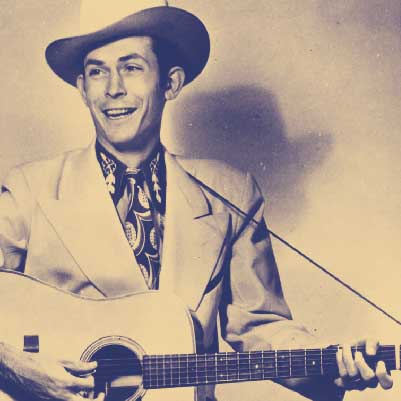 Widely recognized as ‘The King of Country Music’, Hiram King ‘Hank’ Williams is acknowledged as one of the twentieth century’s most significant and influential American singers and songwriters. He recorded thirty five singles that reached the top ten of the Billboard Country & Western chart, including eleven that ranked number one (three posthumously).

Gulf Shores is located on the northern shore of the Gulf of Mexico and features brilliant sugar white sand. In addition to the magnificent beach and emerald green water, the community draws visitors for sport fishing and golf as well as becoming a foodie’s destination.

When the sun goes down the beat heats up and music locations abound. The most famous is the FloraBama Lounge, located with the border of Florida and Alabama running through the building. Touted as  America’s “Last Great Roadhouse” it‘s part honky-tonk, oyster bar, beach bar, and unique music venue. 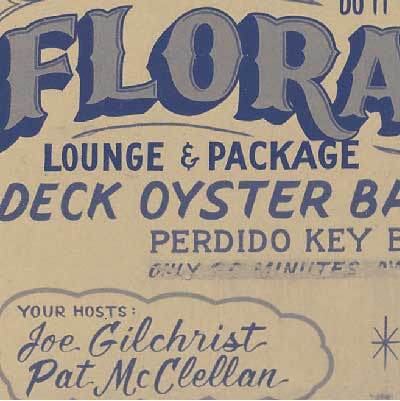 The Frog Pong at Blue Moon Farm is a special treat with an exclusive invitation to a private outdoor house concert. Gather around the 200-year-old Cedar Tree and enjoy listening to a variety of artists ‘pickin’ and grinin’ on the front porch. Many of the country’s best songwriters and musicians have performed here. 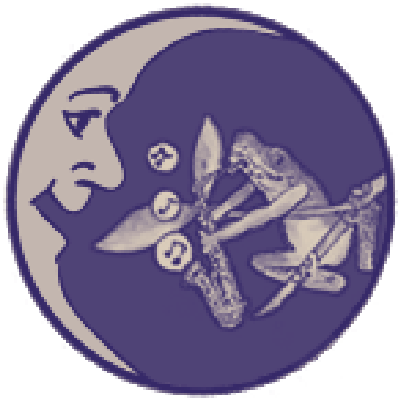 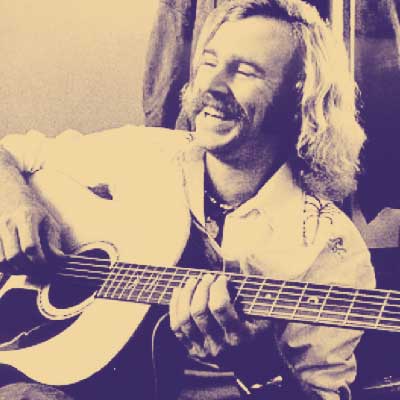 Growing up on the Gulf Coast, Buffet, a singer-songwriter, musician, author and actor, has a musical style described as ‘Gulf and Western, a unique combination of country influences and lyrical themes.

Jimmy Rodgers, the Father of Country Music widely known as “The Singing Brakeman” was born and raised in the Meridian area. Visit the Jimmy Rodgers Museum where memorabilia of his life and career are on display.

Also don‘t miss a visit to the Mississippi Arts & Entertainment Experience. The MAX, as it is known, is a magnificent museum that highlights Mississippi artists and celebrates the contributions of artists and entertainers in every creative discipline. 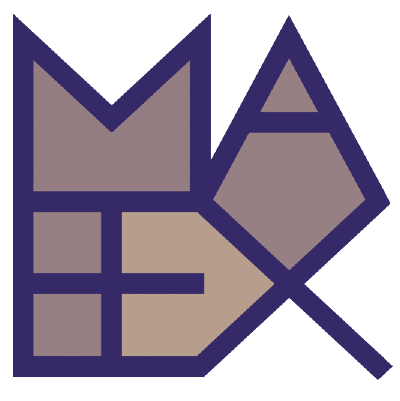 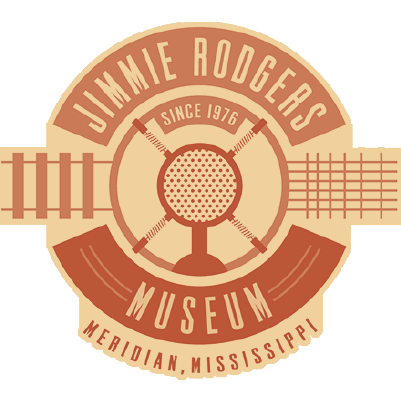 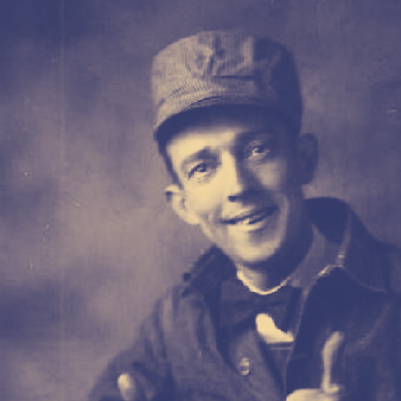 Known most widely for his rhythmic yodeling, James Charles Rodgers, was a country, blues and folk singer-songwriter and musician. Cited as an inspiration by many artists including Bob Dylan, he was, along with his contemporaries the Carter Family, one of the first country music stars. Rodgers was also known as ‘The Singing Brakeman’, ‘The Blue Yodeler’ and ‘The Father of Country Music’.

Check out the Alabama Blues Project, which has gained an international reputation for its work with young musicians and students.  It is a major resource center for Alabama blues.

The University of Alabama is located in Tuscaloosa so be sure to see the campus as well as the Alabama Natural History Museum. As a college town you will find lots of music at bars located along “The Strip” in Tuscaloosa. 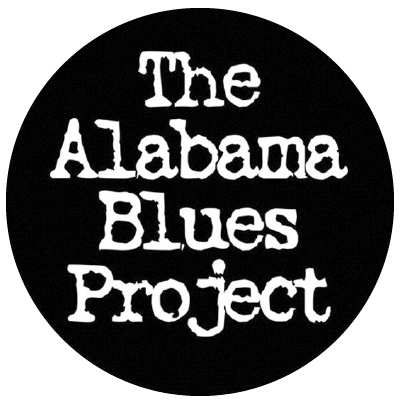 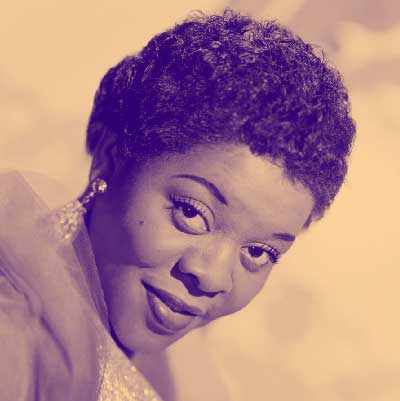 Born Ruth Lee Jones, Dinah Washington was a jazz vocalist, singer and pianist who performed and recorded in a wide variety of styles including blues, jazz and R & B. Earning the title of ‘Queen of the Blues she is an inductee of both the Alabama Jazz Hall of Fame and the Rock and Roll Hall of Fame.

Visit the Alabama Jazz Hall of Fame located in the historic Carver Theater where every Saturday free jazz classes are held and students learn to read and improvise jazz.

Barber Motorsports  Park on the city outskirts houses one of the world’s largest motorcycle collections featuring more than sixteen hundred motorcycles from all over the world. 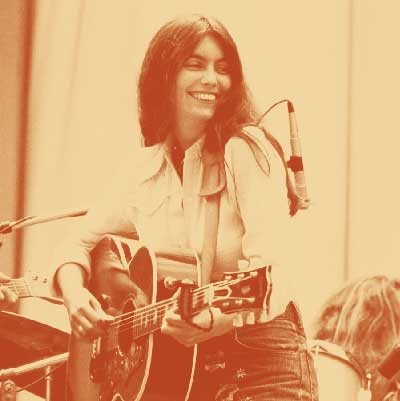 Singer, songwriter and musician Emmylou, has fourteen Grammys to her name and numerous other honours, including induction into the Country Music Hall of Fame. She is well known to roots music fans for her legendary collaboration with Gram Parsons, formally of the Flying Burrito Brothers. 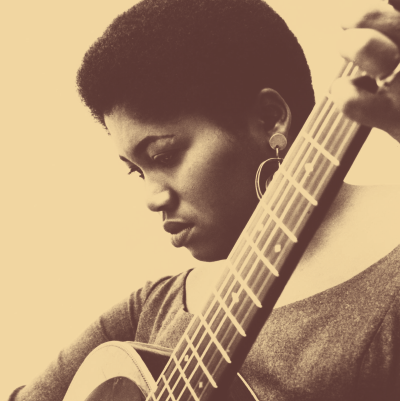 Often referred to as ‘The Voice of the Civil Rights Movement’, Odetta Holmes, simply known as Odetta, was a singer, actress, guitarist, lyricist and civil rights activist. Her musical repertoire consisted mainly of American folk music, blues, jazz and spirituals.

Tupelo is the birthplace of Elvis Presley where as a baby he survived one of the deadliest tornadoes in history.  Visit the historic site that includes his former home, a museum, a chapel and the church which the Presley family attended.

Don’t miss the Tupelo Hardware Company where as a child Elvis begged his mother to buy him a shotgun.  She refused and to console him, employees of the store let him strum a guitar.  Elvis was so enthralled that his mother bought the guitar for him instead. 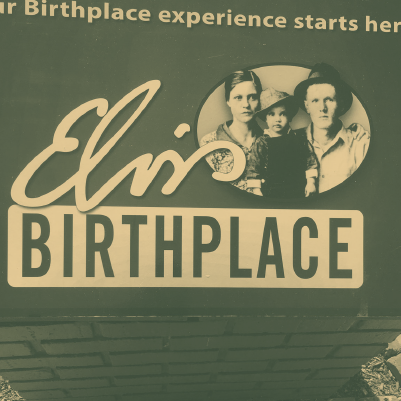 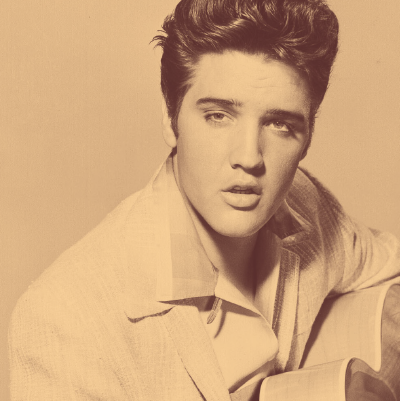 Often referred to simply as the ‘King of Rock and Roll’, Elvis Aaron Presley was a singer, musician and actor. A pioneer of an up-tempo, backbeat-driven fusion of country music and rhythm and blues called Rockabilly, he’s regarded as one of the most significant cultural icons of the twentieth century.

Visit the cabin where the Father of the Blues, W.C Handy was born. The museum here houses personal memorabilia, sheet music and other fascinating artifacts from his life.

The Rattlesnake saloon has a hundred year old history. It is a unique bar and restaurant literally carved into the cliff. 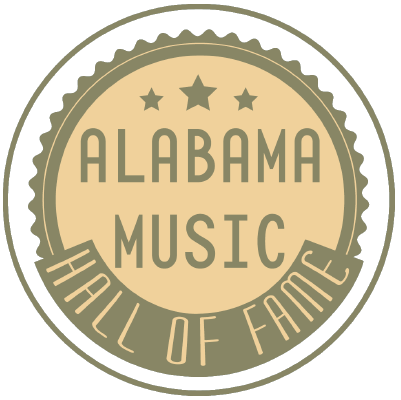 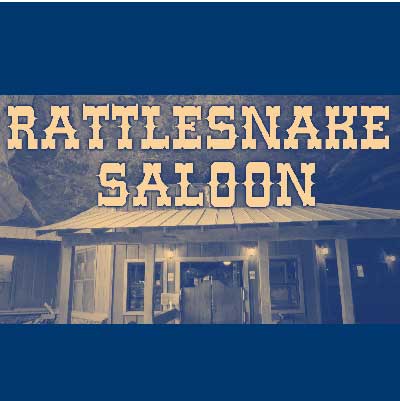 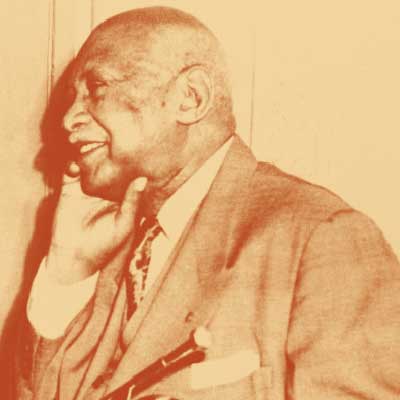 One of the most influential songwriters in the United States, composer and musician Handy is known as the Father of The Blues. Playing distinctively American blues music, he didn’t create the blues genre but was the first to publish music in the blues form elevating it from a regional music style, with a limited audience, to a new level of popularity.

The Quad-Cities of Alabama, locally referred to as The Shoals, are well known for music but have even more to show off.   Helen Keller’s home, the Coon Dog Cemetery, the Tennessee River and the Frank Lloyd Wright Home are all on offer.

Visit FAME Studios in Muscle Shoals started by Rick Hall in the 1950s and owned by him until his death in 2018.  Aretha Franklin, Wilson Pickett, the Allman Brothers, Otis Redding, Percy Sledge and numerous others recorded here.  FAME has been involved in recording or publishing records that have so far sold over 350 million copies worldwide. 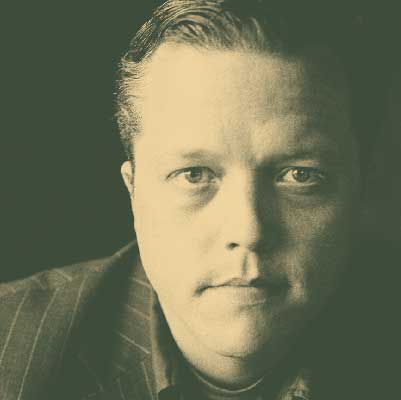 A former member of famed Alabama band the Drive-By Truckers, Michael Jason Isbell is now known for his solo career. This singer-songwriter and guitarist from Green Hill, Alabama, in Lauderdale County is a winner of four Grammys and six Americana Music Awards. 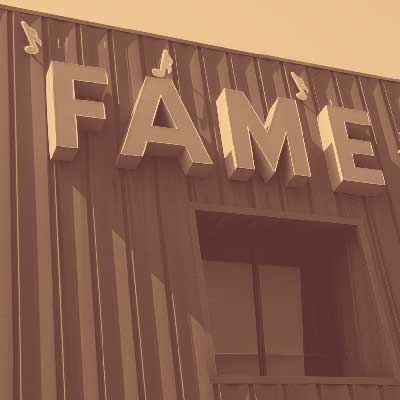 In the afternoon visit the Alabama Music Hall of Fame and even climb aboard a tour bus used by the super-group Alabama! 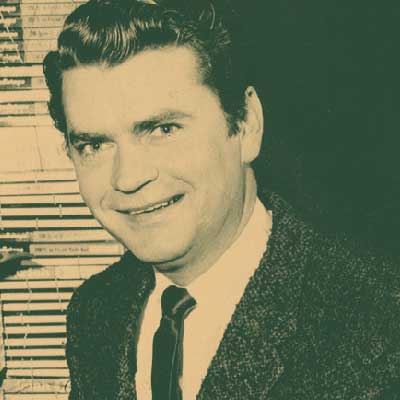 A record producer, Phillips was a key-figure in the development of rock and roll during the 1950s. He was the founder of Sun Records and Sun Studios in Memphis where he recorded the likes of Roy Orbison, Jerry Lee Lewis, Carl Perkins, Johnny Cash, Howlin’ Wolf and Elvis Presley, who’s career he launched in 1954.

Find out about the local area:

We use cookies and similar technologies to enable services and functionality on our site and to understand your interaction with our service. By clicking on accept, you agree that your personal data can be used for personalization of ads and understand that cookies may be used for personalized and non-personalized advertising.
ACCEPTREJECT
Cookie settingsRead More
For further information please see our Privacy Policy
Privacy settings